Stay involved and get the latest news by subscribing below:

The Pakenham East Precinct Structure Plan (PSP) has been prepared by the Cardinia Shire Council (Council) and the Victorian Planning Authority (VPA), in consultation with government agencies, service authorities and major stakeholders.

The VPA submitted Amendment C234 to the Minister for approval on 12 October 2018.

In October 2019 the Minister directed the VPA to provide notice to affected landowners of changes he proposes to make to the amendment that would result in the removal of four property parcels from the northern edge of the PSP.

The Minister has referred all submissions received in relation to his proposed changes to an independent panel.

The Section 34 Panel to Cardinia Planning Scheme C234 is due to commence on 23 March 2020. As directed by the Panel, to view the VPA’s adopted PSP, refer to:

Once the Minister has received recommendations from the panel he will make a decision on the amendment.

The PSP applies to approximately 630 hectares of land generally bounded by Deep Creek and Ryan Road to the west, Mount Ararat Road North and South to the east and the Princes Freeway to the south. The northern boundary of the Precinct dissects a number of properties south of Seymour Road.

Pakenham East will be a self-sustaining and predominantly residential community that complements the existing Pakenham Township and urban form. Pakenham East will support one local town centre and a local convenience centre, and two local sports reserves offering a variety of sport and recreation opportunities. The area will also include 2 government primary schools, a government secondary school, a non-government primary school, and a range of local parks and waterways within walking distance of residents.

When the Pakenham East PSP is completed, a standard levy Infrastructure Contributions Plan (ICP) will also be incorporated in the Cardinia Planning Scheme. Infrastructure included in the ICP will be consistent with what was identified in the PSP.

The Pakenham East PSP outlines a series of key ideas, which can be explored further below: 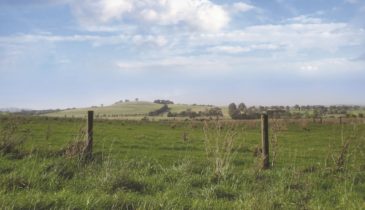 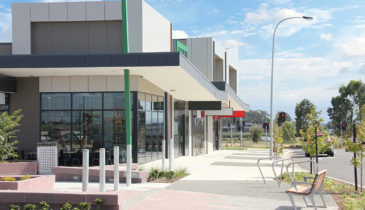 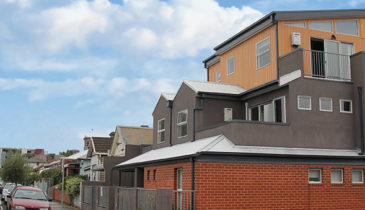 What is being exhibited?

Alongside the PSP, a native vegetation precinct plan is also being exhibited. A draft PSP is now being exhibited for community feedback. The draft plan proposes new homes and jobs, local parks, community uses and key infrastructure. Once approved, the Cardinia Planning Scheme will be amended to incorporate the final PSP.

What is a precinct structure plan?

What is a native vegetation precinct plan?

Is this land within Melbourne’s Urban Growth Boundary?

Yes, this is within Melbourne’s Urban Growth Boundary. The land is currently zoned Farming Zone and as a result this PSP seeks to rezone much of the land. This land was introduced to the Urban Growth Boundary as part of the logical inclusions process in 2012. The Pakenham East precinct is the natural progression of the existing Pakenham township.

Where is the precinct?

The draft plan applies to 630 hectares of land bounded by green wedge land to the north, Mt Ararat Road to the east, the Princes Freeway to the south and Ryan Road and Deep Creek to the west.

What is the vision for the precinct?

The vision is for a sustainable, peaceful community with plenty of open space, well-connected streets, future schools and a local town centre. It will complement Pakenham, with an extensive network of cycling paths, public transport and pedestrian links to central Pakenham.

What are the main features of the plan?

The main features proposed by the PSP are:

Where is the closest jobs hub?

There will be 1,300 jobs based in the precinct, and a new train depot is being built just south of the precinct. The depot will eventually house maintenance facilities for the fleet of new trains, a stabling yard for 30 trains, and a high-tech driver-training simulator.

Furthermore, jobs have been growing steadily throughout the wider Cardinia area. Recent census data shows that between 2011–2016 there were an additional 6569 jobs created in Cardinia, providing ample opportunities for residents to work locally. Major centres in the municipality include central Pakenham, Emerald and Koo-Wee-Rup.

What is the housing density?

Where is the closest existing public transport?

Pakenham Train Station is 4km from the precinct.

How will the community and local businesses be affected?

How does this plan protect Deep Creek?

Deep Creek will be protected by a drainage reserve of up to 100m in width to manage drainage and protect vegetation and water quality.

Why is this work happening?

Why has this plan been prepared?

Melbourne’s population is growing, and key Victorian Government planning policies, including Plan Melbourne and Homes for Victorians, acknowledge the importance of increasing housing options and affordability.

This PSP is part of the Victorian Government’s 100,000 lots programs, which commits to unlocking land for an additional 100,000 lots in Melbourne’s growth areas by the end of 2018. By creating new communities in our greenfields, we will boost supply and keep housing prices in check.

How will developers contribute to community infrastructure?

The Pakenham East Infrastructure Contributions Plan will ensure developers contribute towards the cost of community and state infrastructure. This will be incorporated into the Cardinia Planning Scheme via separate Amendment.

Does this plan propose to rezone land?

How will the area cope with an increase in traffic?

The PSP will create a self-contained community with local retail, education, community, health and recreation services. The PSP will also deliver access from local roads onto the Princess Highway, and pedestrian and cycle links along the Princes Highway to Pakenham and to Pakenham train station along the existing Pakenham rail corridor.